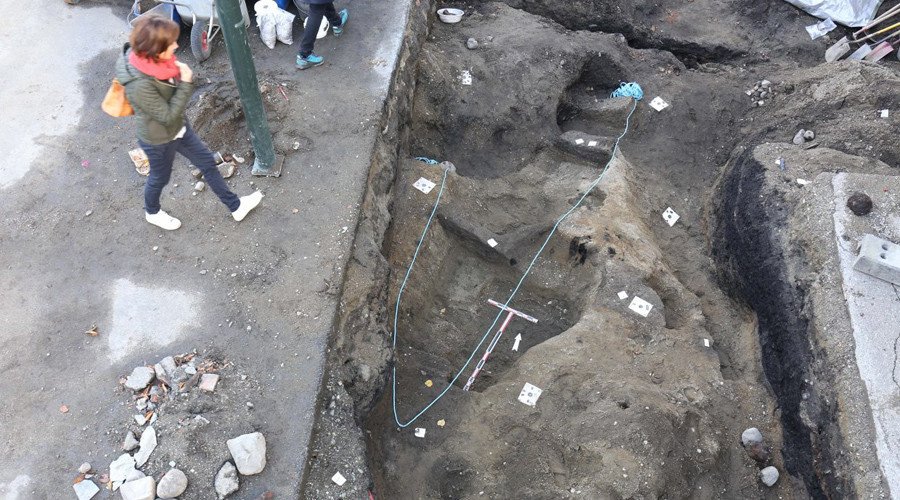 Archaeologists in Norway believe they have uncovered a Viking boat buried beneath the city of Trondheim.
The boat, which was at least 4 meters (13ft) long, was buried in a north-south direction and it dates back to between the seventh and 10th centuries.

Archaeologists from the Norwegian Institute for Cultural Heritage Research (NIKU) discovered the remains last week on one of their final days excavating the market square. The boast is damaged several places by pits and post holes. Cautious excavation has reveiled that there is no wood left but clumps of rust and some poorly preserved nails that show that this is probably a boat grave. 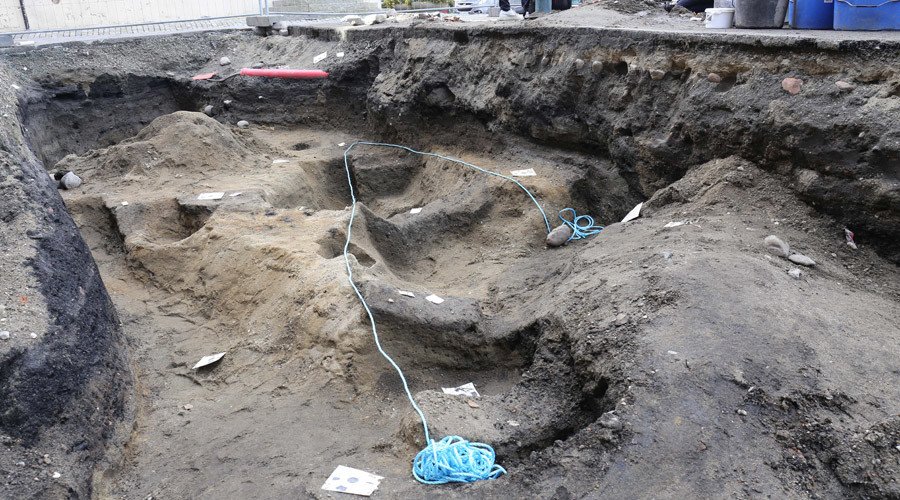 The boat also contained two long bones which were also laid out in a north-south direction.

“Careful excavation revealed that no wood remained intact, but lumps of rust and some poorly-preserved nails indicated that it was a boat that was buried here,” archaeologist Ian Reed of NIKU said in a statement.

Reed said the evidence suggests that a person was buried within the boat, but the researchers will have to carry out DNA testing to confirm the hypothesis.

NIKU’s Knut Paasche, a specialist in early boats, added that the vessel was dug down into the ground and had been used as a coffin for the dead.

“There has also probably been a burial mound over the boat and grave,” Paasche said. 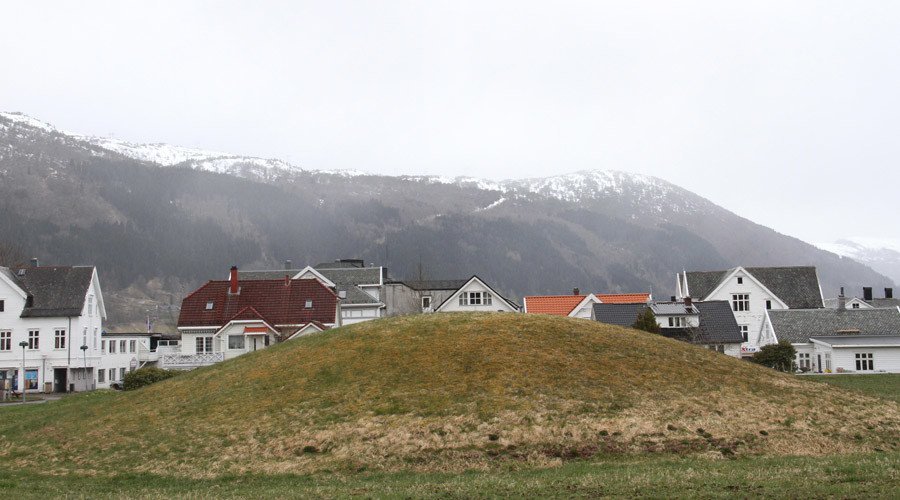 Boat graves are not unusual in Norway. Here is a boat grave with a boat/ ship from Myklebostad in Nordfjord. © Knut Paasche / Norsk institutt for kulturminneforskning / niku.no

Boat burials were common from the Iron Age into the Viking Period, however, this is the first time one has been found in the center of Trondheim.

Other artefacts discovered on the boat include a small sheet of bronze, a piece of a spoon and a part of a key.

The burial boat is only the latest in a long line of stunning archaeological discoveries in Norway. A reindeer hunter recently found a Viking sword from 850-950 AD on a remote mountain in the south of the country.