Many of us know Yugoslavian performance artist Marina Abramovic through the video of her painfully silent reunion with her former lover Frank Uwe “Ulay” Laysiepen.

Many people have hailed Abramovic as the “grandmother of performance art.” After all, she has been staging thought-provoking interactive installations for more than 40 years.

Indeed, it can’t be denied that her performances have a lasting impact. In fact, one of her earliest performances is still being talked about today. Abramovic staged a performance piece called “Rhythm 0” at Studio Morra in Naples, Italy.

At first, only photographers were going near her. 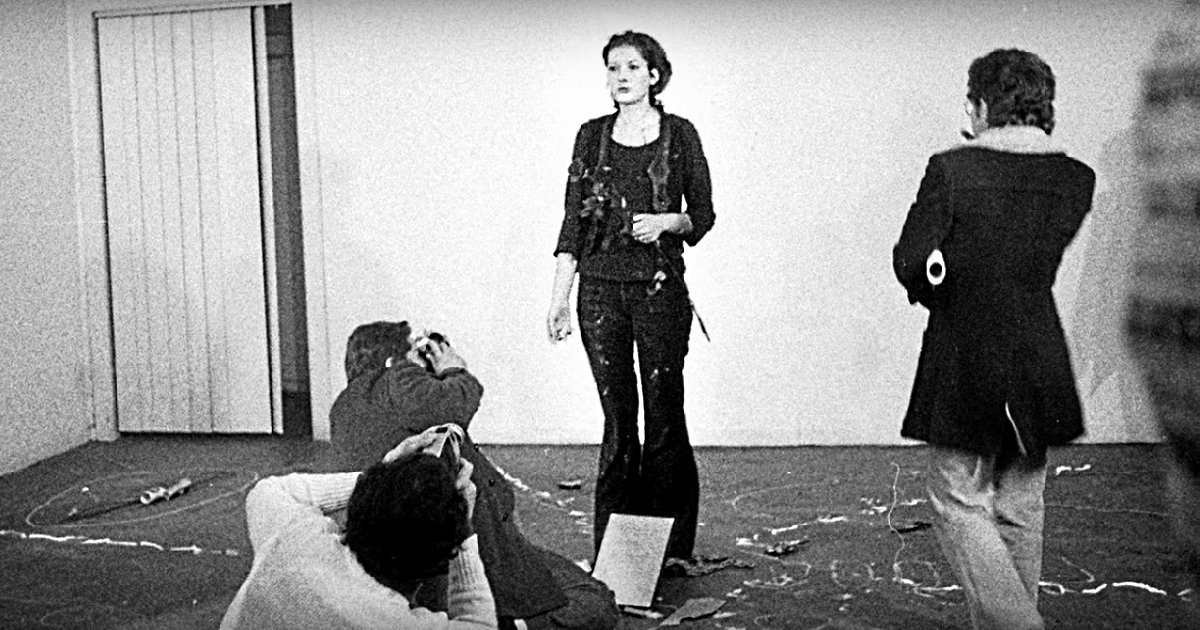 The premise of “Rhythm 0” was deceptively simple: Abramovic would stand still for six hours straight while the people who came to see her were urged to do whatever they wanted to her using one of 72 objects that she had placed on a table.

After a while, people began picking stuff from the table. 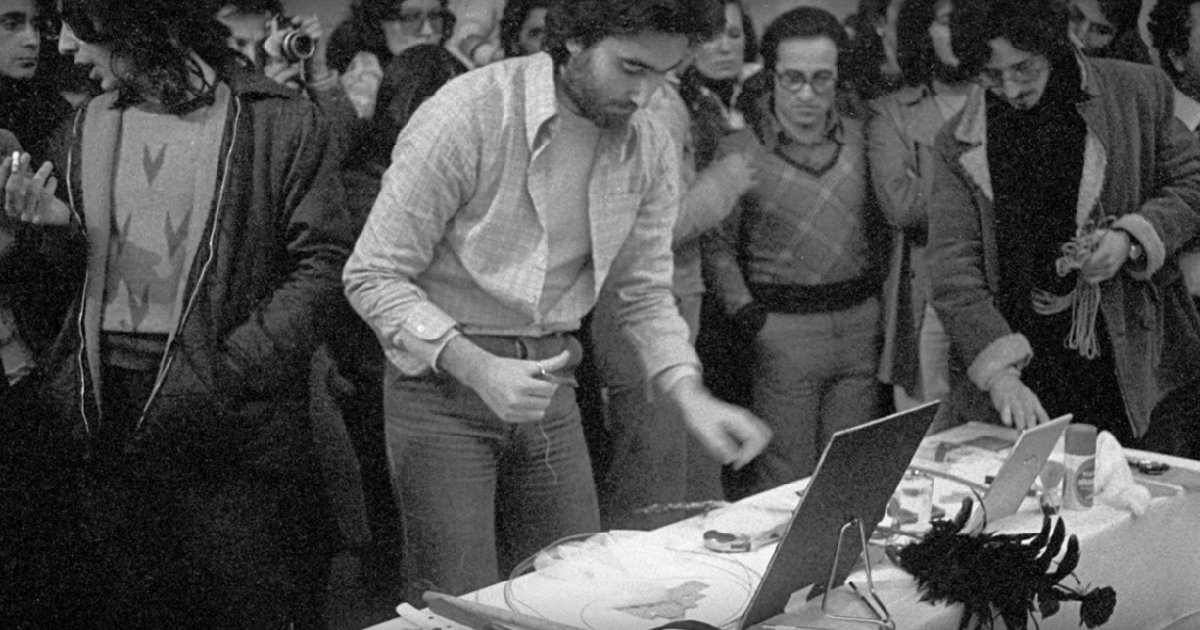 Abramovic stood in the middle of the room with a notice board containing these words:

Instructions.
There are 72 objects on the table that one can use on me as desired.
Performance.
I am the object.
During this period I take full responsibility.
Duration: 6 hours (8 pm – 2 am)

Some people made her sit down so they could humiliate her. 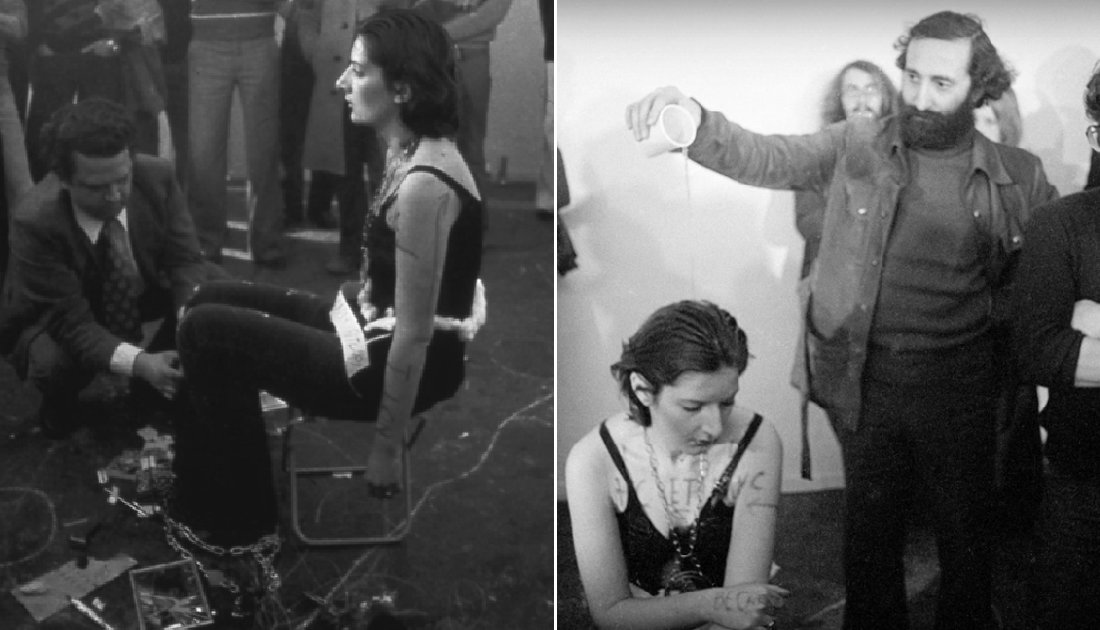 Among the things on the table were “objects of pleasure” and “objects of destruction.” Among the harmless objects were feathers and flowers. The dangerous stuff included a knife, razor blades, and a loaded gun.

There were those who changed her position. 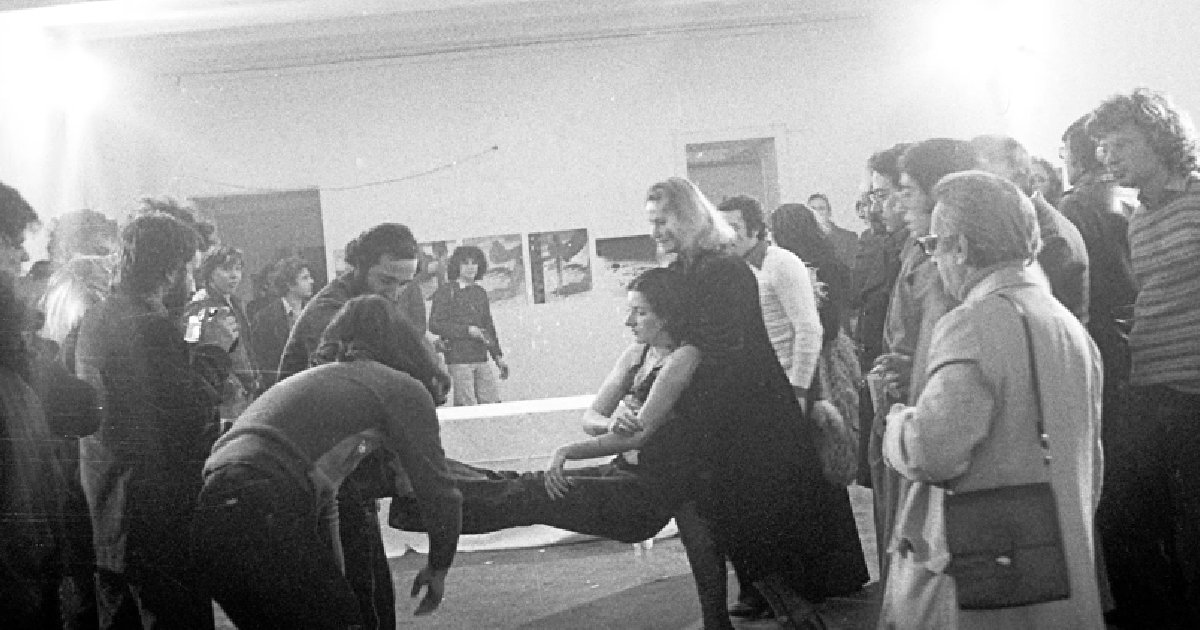 What happened in the next six hours was horrifying, to say the least.

There were people who liked to attach things to her. 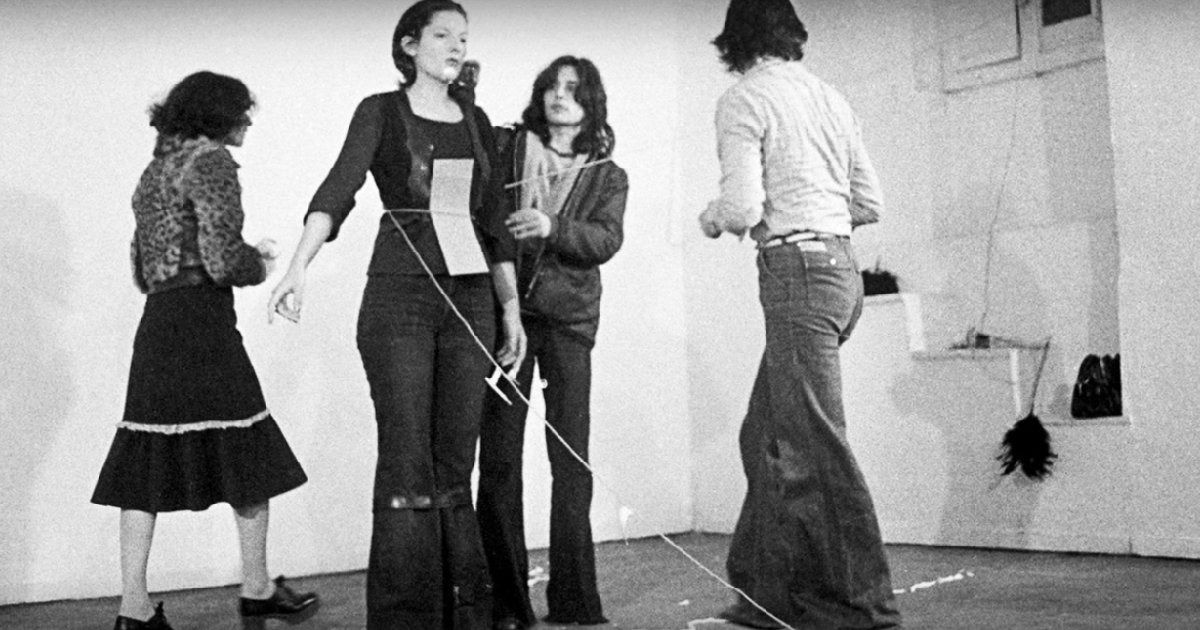 “It began tamely. Someone turned her around. Someone thrust her arms into the air. Someone touched her somewhat intimately.”

One man used a razor to make a cut on her neck. 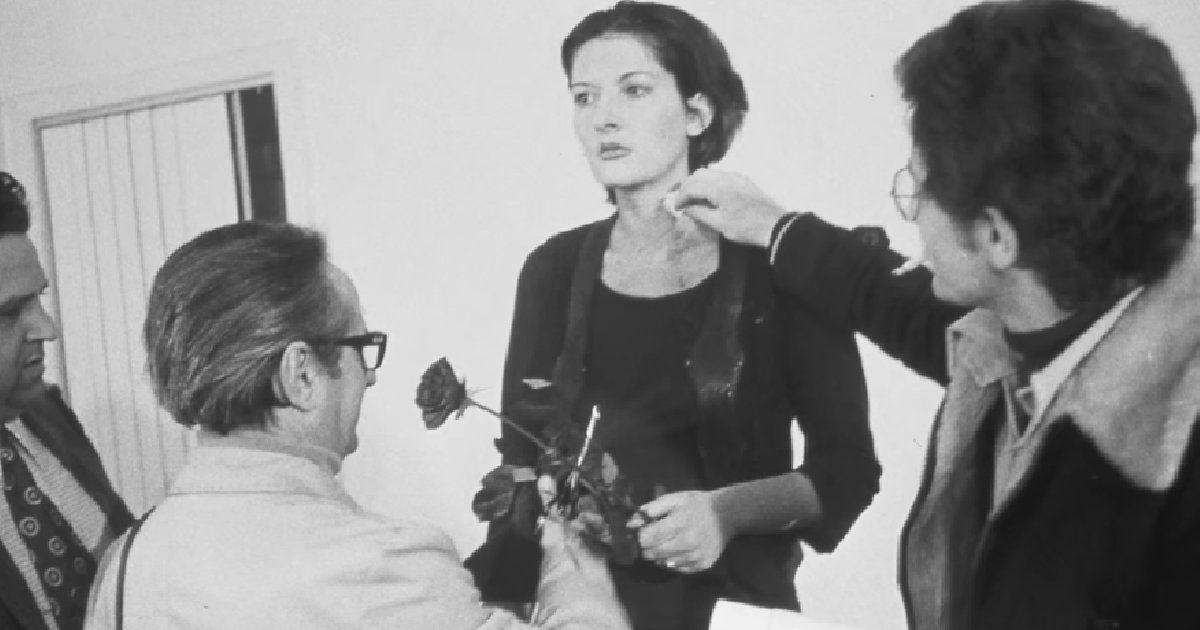 Then, as McEvilley went on to disclose,

“In the third hour, all her clothes were cut from her with razor blades. In the fourth hour, the same blades began to explore her skin. Various minor sexual assaults were carried out on her body. She was so committed to the piece that she would not have resisted rape or murder.”

It just got worse in the last two hours.

Someone made her point a gun at herself. 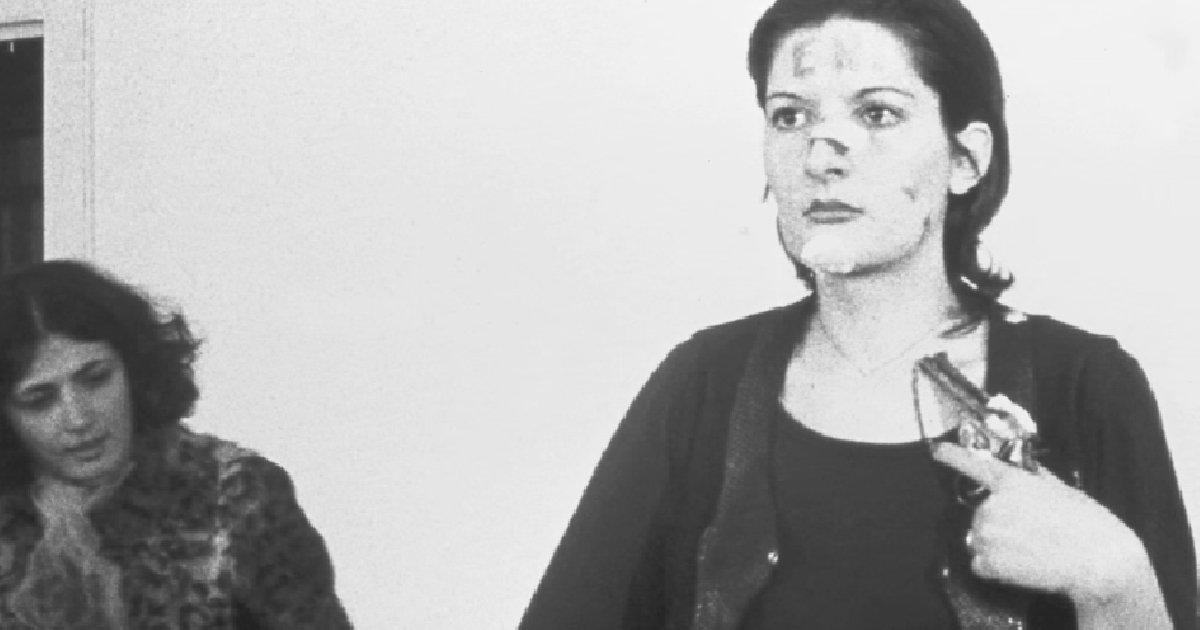 Abramovic’s own account of what the people did to her was even more heartbreaking.

“I felt raped, they cut off the clothes, they stuck me with thorns of rose in the stomach, aimed the gun to my head, another came apart.”

Some men undressed her and groped her. 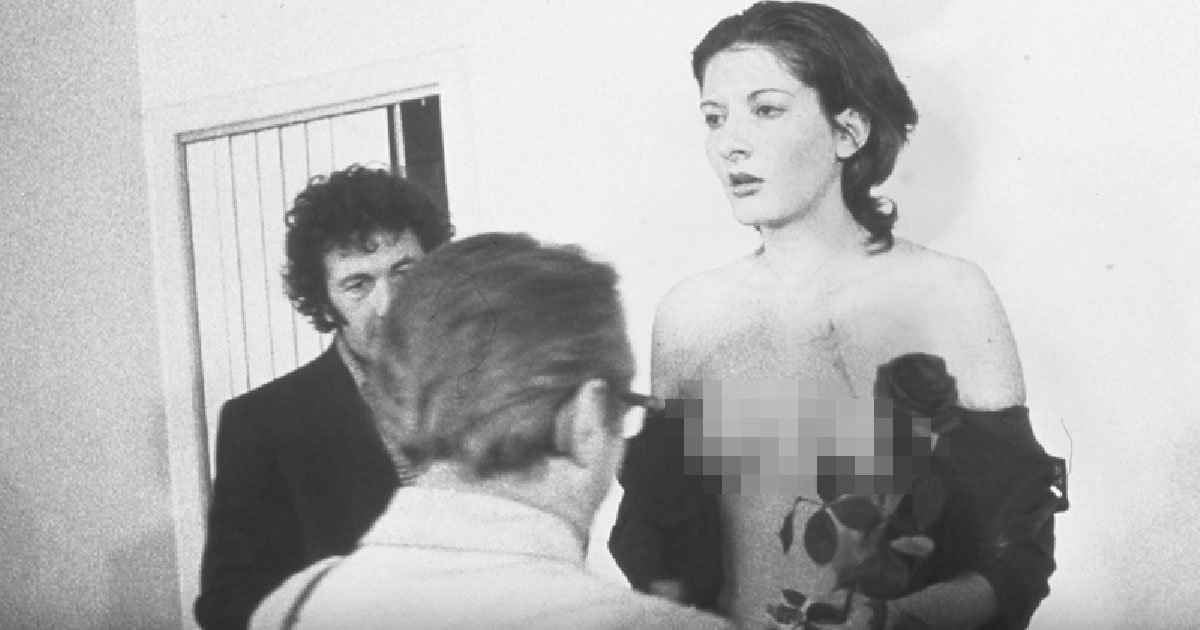 When the six hours were over, Abramovic started to walk among the people. They couldn’t look her in the face.

The violence and sexual harassment escalated. 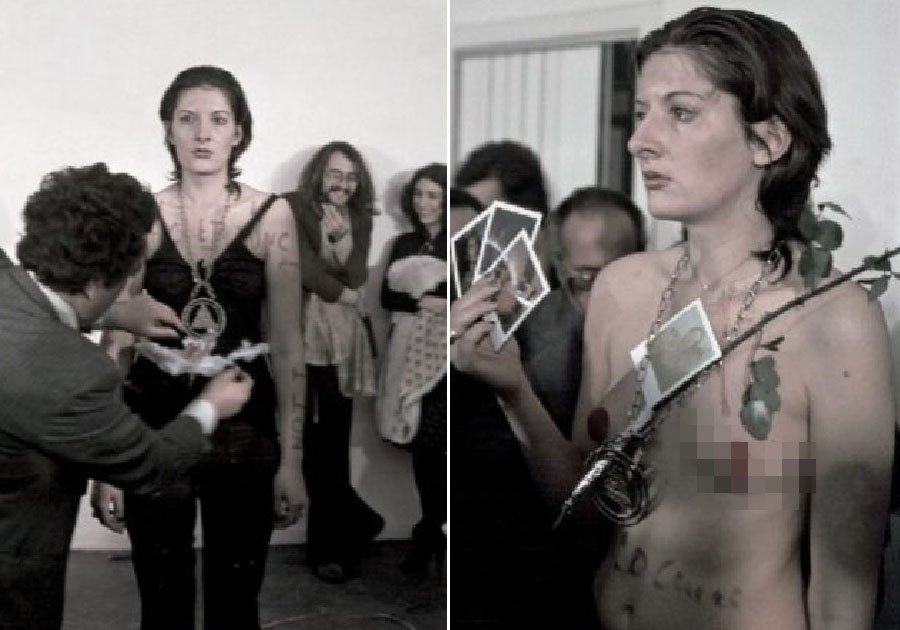 Abramovic observed that people didn’t want any sort of confrontation with her. They didn’t want to be held accountable or judged for what they did. It seemed as if they wanted to forget how they relished hurting her.

Listen to Marina Abramovic talk about her frightening experience.

“This work reveals something terrible about humanity. It shows how fast a person can hurt you under favorable circumstances. It shows how easy it is to dehumanize a person who does not fight, who does not defend himself. It shows that if he provides the stage, the majority of ‘normal’ people, apparently can become truly violent.”

Scientists Discover Giant Void Hidden in The Great Pyramid of Giza
Mom Refused To Give Up Her Disabled Son, Now He’s A Harvard Law Student