A graceful bronze arm that was once attached to a statue dating to the first century was recently recovered from a famed shipwreck near the Greek island of Antikythera. That site has already yielded a treasure trove of artifacts, including the mysterious astronomical computer and calculator called the Antikythera mechanism.

The newly discovered limb joins other bronze and marble statue fragments discovered during the same expedition. Together, these artifacts indicate that there are likely more statues to be found buried in the seabed around the wrecked vessel, representatives of the “Return to Antikythera” project reported in a statement released today (Oct. 4).

Divers with the expedition, part of an international partnership under the supervision of the Hellenic Ministry of Culture and Sports (HMCS), visited Antikythera between Sept. 4 and 20 and recovered other precious relics in addition to the statue pieces, according to the statement. Those finds included a mysterious metal disk decorated with an image of a bull.

As it happens, a bronze statue arm was also the very first object recovered from the wreck when it was discovered in 1900, according to the excavation project website.

Experts afterward determined that the vessel likely sank between 70 B.C. and 60 B.C., and is 2,085 years old. It carried a vast cargo of luxury goods, including glassware, gemstones, coins and jewelry, and statues of marble and bronze; hundreds of these objects were recovered in 1976 in an expedition conducted by the underwater explorer Jacques Cousteau.

During the recent expedition, archaeologists were drawn to certain features on a part of the seafloor that suggested the area might merit a closer look, field project co-director Brendan Foley, a researcher with the Department of Archaeology and Ancient History at Lund University in Sweden, told Live Science in an email. Those features included a red marble plaque and a marble statue base.

See also  Scientists dig up an 800-year-old clay pot, and what they found inside it is just incredible! 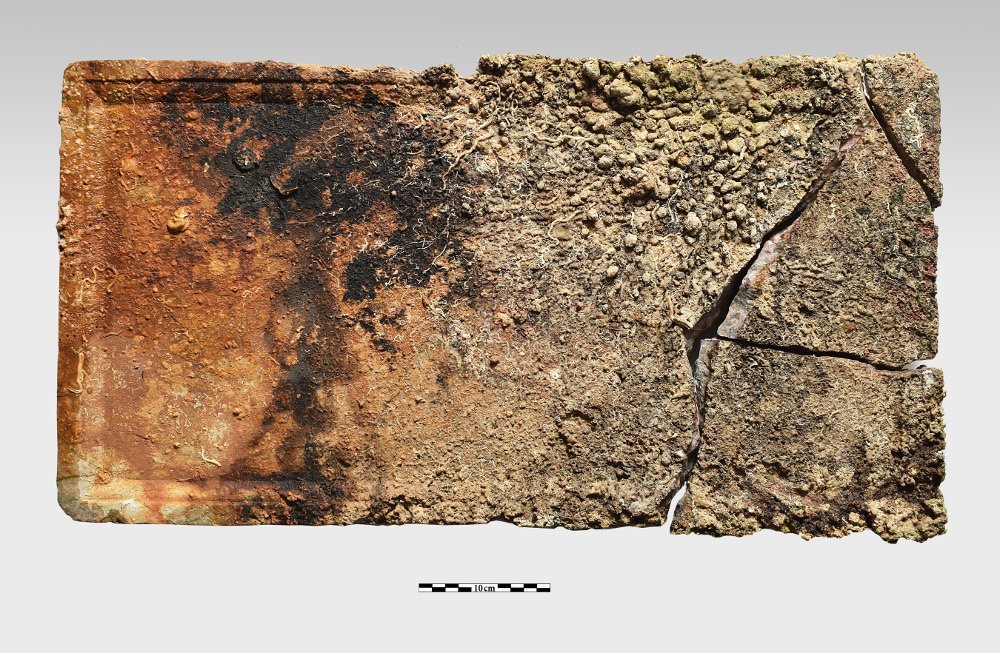 “We investigated further, test trenched [dug trenches at the site without excavating further], metal detected and began to find extremely interesting finds, including wooden-hull remains, large bronze nails and spikes from the hull, and then the bronze sculpture elements,” Foley said.

In addition to the bronze arm and the marble pieces, the archaeologists found a bronze statue piece with clothing folds, and a highly oxidized disk with four holes punched along its edge, HMCS representatives reported in a statement. Scans of the disk revealed the shape of “possibly a bovine animal” under layers of detritus and corrosion, according to the statement. 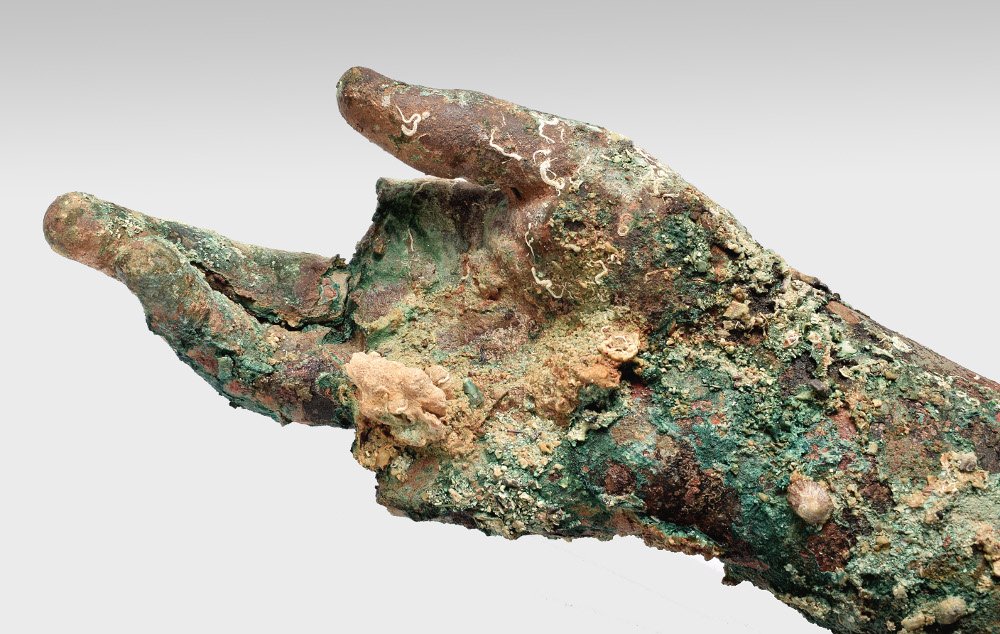 The scientists also found wooden ship parts; their condition and location, relative to where the cargo was found, will help experts peer back in time and reconstruct the scene of the shipwreck, HMCS representatives said.

Many fascinating objects have emerged from the site over time, but one of the best-known finds is a celestial calculator known as the Antikythera mechanism, which was also salvaged during initial dives to the site in 1900. This complex machine is thought to be capable of displaying dates, the positions of the moon and sun, and planetary cycles, as well as predicting eclipses over a period of 223 months.

Then, in August 2016, archaeologists detected evidence of human remains in the wreck, providing a possible source of ancient DNA. The remains, a skeleton, were not the first found at the site; bones were also recovered from the Antikythera shipwreck in 1976. But for the first time, technology existed that could allow scientists to extract genetic information from the preserved organic material. 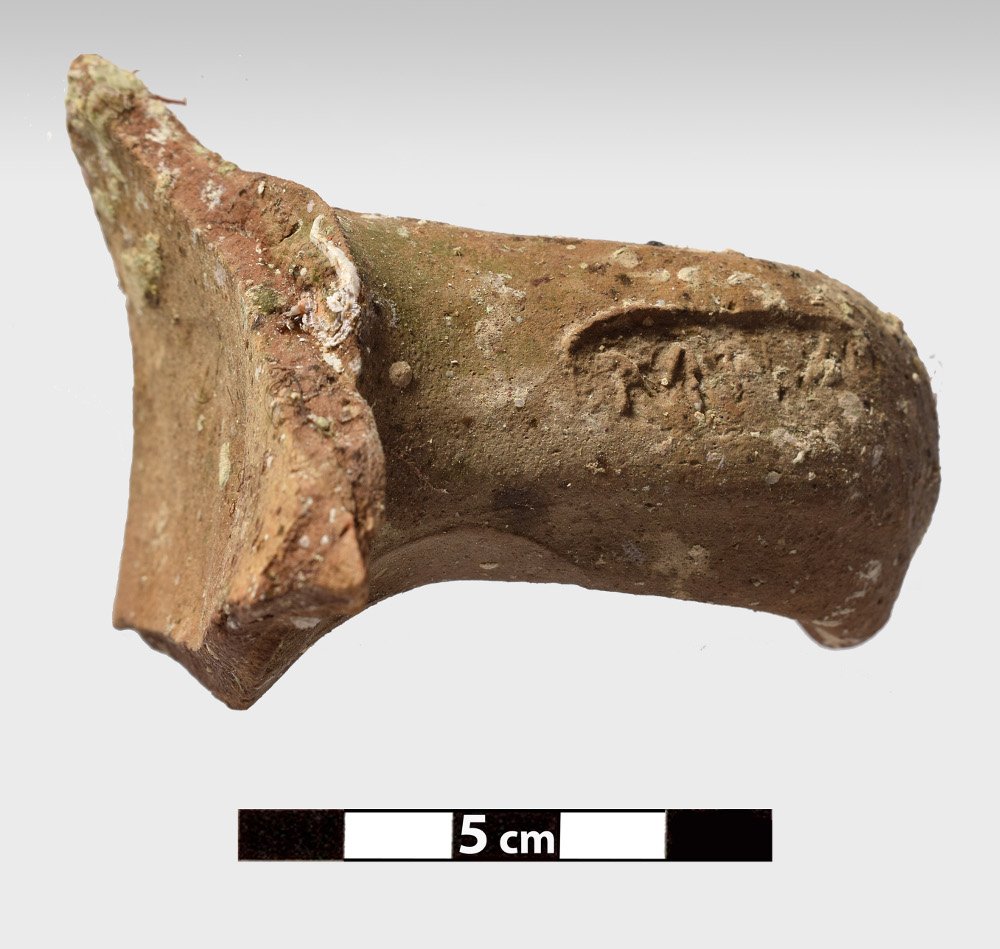 While the prospect of an ancient “computer” or the extraction of 2,000-year-old DNA sounds arguably more exciting than the newly discovered statue arm, the recent finds are historically significant, Foley told Live Science. Few bronze sculptures from ancient Greece have survived to the modern age, and none that were previously found underwater were recovered directly from an archaeological site, he said. This provides critical historical context for artifacts, he explained.

“We have the chance to bring scientific methods to bear on these sculptures, to excavate carefully and precisely, and then give back to the world fabulous ancient artwork,” he said.

The scientists’ work is far from over. Antikythera still holds many secrets in its watery ruins, and the archaeologists plan to return in the spring to uncover more of those mysteries, Foley said. 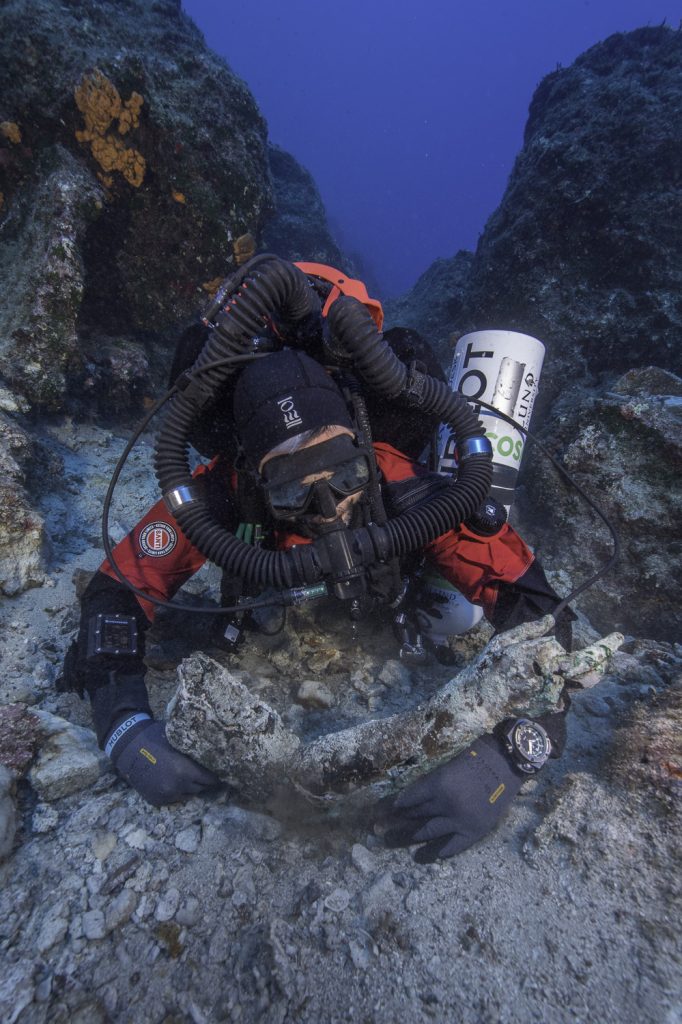 “We have some large boulders to remove in order to access the bronze sculptures that are surely beneath them. And we have a lot of sediment to excavate, so we can expose, document and recover the goods that were in the ship’s cargo hold,” he said.

The site covers a lot of ground, measuring approximately 164 square feet (50 square meters) at ocean depths ranging from 131 to 184 feet (40 m to 56 m), Foley said. The team has scanned much of the area with metal detectors, and the researchers have mapped the surrounding area of 34,449 square feet (10,500 square m) using sonar. But to date, they have opened only 10 test trenches, just two of which have been excavated. 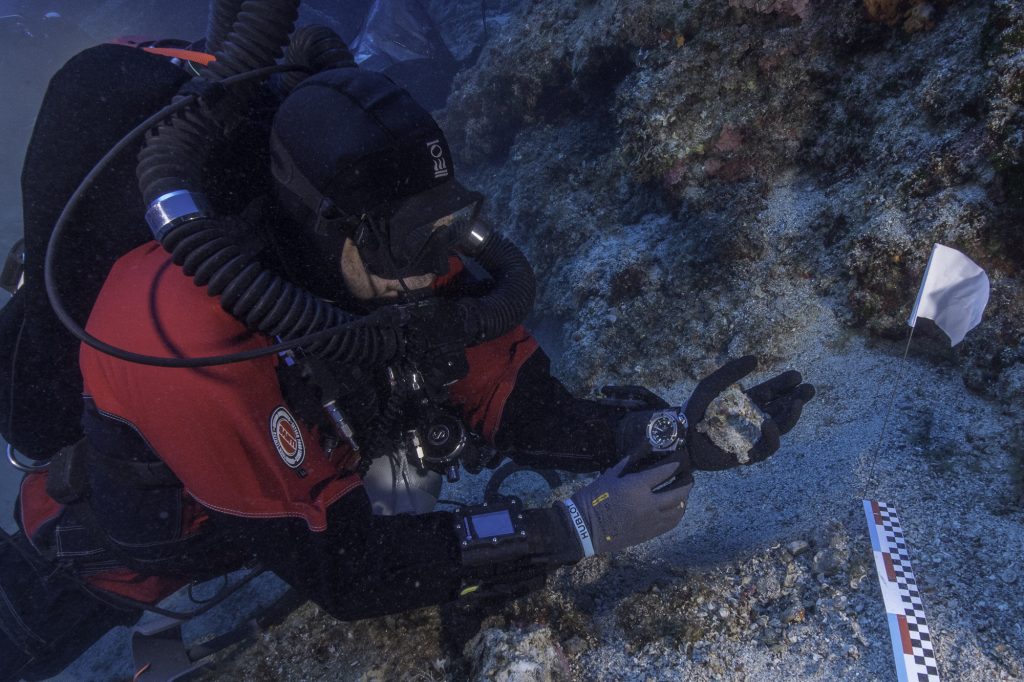 Those two trenches account for only a fraction of the site, Foley told Live Science.

“The most time-consuming aspect of the investigation is excavation,” Foley said. “Lots of work ahead of us.”

If you don’t want your kids to be ill mannered, stop doing these 5 things
13 Habits of People With Concealed Depression