Do you really thinks that mankind is currently at the peak of modern age of advancement in technology & weaponry? Some of us believes that Nuclear Warfare is recent repeat in a series of achievements and the blunders that have come, gone & returned with the passing of the time and with the rise & fall of different civilization. This Means there are currently a variety of theories entertaining the idea & strong possibility of an atomic war taking place a thousands of years ago during the time when the most ancient human civilization lived on our planet & had been erased from their existence. Talking about ancient nuclear war only sounds like a good sci-fi movie.

There are actually claimers and theorists claims to have found indirect references about a large scale war happened in the past that used complex tools of destruction. There are also allegedly best available evidences which can be found in the ancient ruins supporting the possibility of that our ancestors had highly advanced weapons which may include atomic weapons.

Here are some of the proofs that may indicate about historic nuclear war.

1. Literature. There is an actual description of nuclear war with exact details in ‘Mahabharata’.

We never heard the horrific destructions and aftermaths of a nuclear attack until the attacks of hiroshima and nagasaki. However, there is an accurate description of such a catastrophic event had allegedly already been written in ancient texts thousands of years ago. For example in “Mahabharata” It is believed by some as an Indirect Proof of an actual nuclear war happen on earth way before world war 2 . 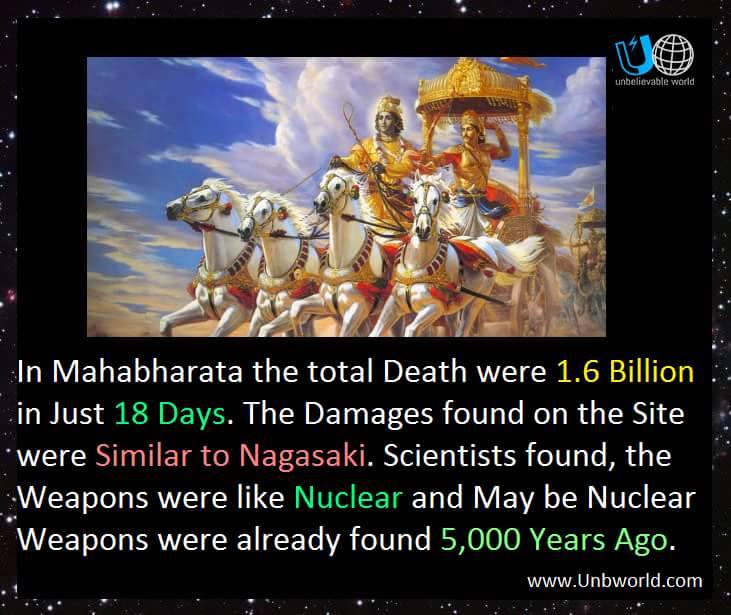 One reference in Mahabharata speaks of an explosions which were described as ” Brighter than thousand Suns”. They also explained something related to contamination of their foods by radiations. Some experts also suggests that Mahabharata is not that much of mythology but more of a reality.

2. Ancient City “Mohenjo Daro” . Researchers have found skeletons of people who had a sudden death & an increase of radiations. 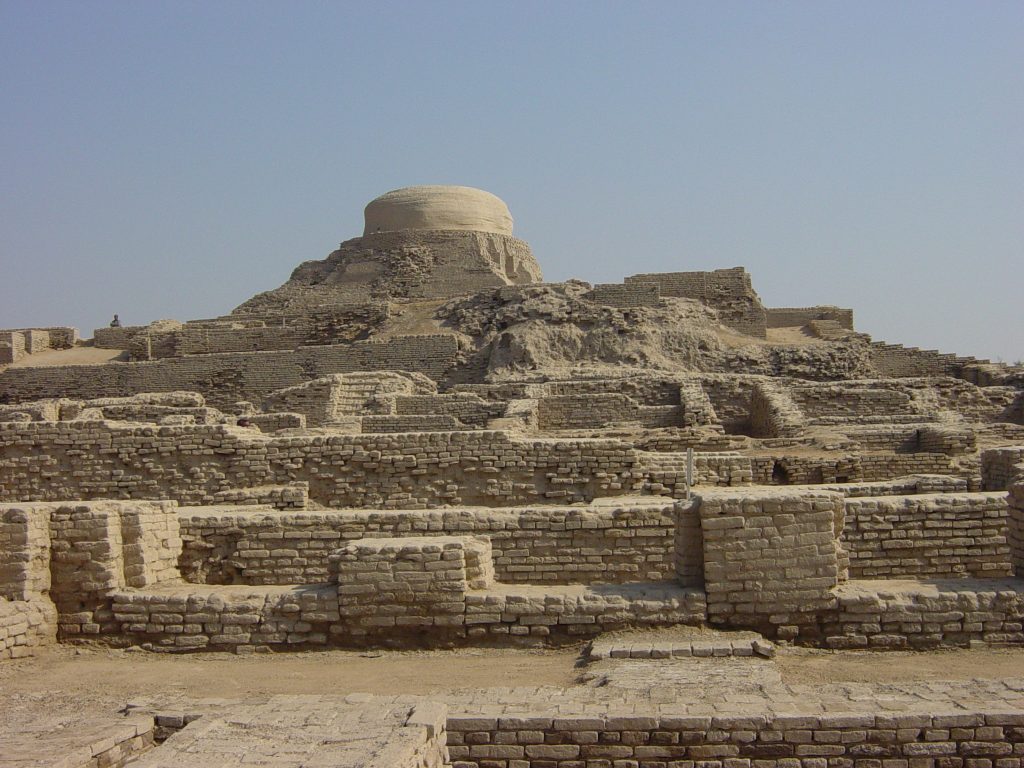 This archaeological site is now located in Sindh, Pakistan. It was built around 2500 BCE. It was the largest settlements of ancient Indus valley until it’s abandonment in 19th century.

This site was rediscovered in 1920 & since then many researches took place on this site. They found 44 skeletons which were scattered all over the city and many of them were holding hands which indicated a sudden death. They even found a increased level of radiations on that site. The bodies which were thousands of years old were not decayed or eaten by any animals.

British Indian researcher “David Davenport” claims to have found a 50 yard wide epicenter at mohenjodaro. where everything was fused by heat as high as 1500 degree C. This thing an only be achieved by nuclears blasts.

See also  Ancient Sanskrit Reveals The 9 Rules For Being Human

But there are also very theories which responds negatively to this. For example some suggests that if a nuclear war happened here then why the buildings on the site are still standing? Some studies suggests many bodies belonged to different time periods and temperature of the area sometimes reaches at 128 degree C at it’s peak. So may be the site was used as preservatives of bodies.