People in long-term relationships will someday get to the point where they need to ask themselves: Is this really the person I want to spend the rest of my life with? Is the woman by my side really the one?

Scientists all over the world are researching the extremely complicated issues surrounding love and relationships and they have spent thousands of hours trying to figure out how people fit together and what qualities they need to bring into a relationship to make it a happy and lasting one.

We have compiled the most important and interesting results of these studies. If the woman by your side has these 14 qualities and behaviors, you know you have found the one.

1. She is smarter than you

When you are looking for a partner for life, make sure that she is smart. Ideally, she should be smarter than you. And science agrees. Lawrence Whalley, professor emeritus of the University of Aberdeen has been researching dementia for a long time and he found that a smart woman can protect you from dementia later in life. His advice: “The thing a boy is never told he needs to do if he wants to live a longer life — but what he should do — is marry an intelligent woman. There is no better buffer than intelligence.”

The idea is that a smart partner never stops challenging you intellectually, which helps you keep your mental faculties keen forever.

Everyone makes mistakes and bad decisions sometimes. This makes it even more important to have someone who can get you back on track and tell you when you are wrong. Studies show that men want to have an honest partner by their side when they look for a long-term committed relationship. If you have found a woman like that, never let her go again.

3. She has a positive outlook

Is your girlfriend the type of person who always sees the glass as half full? Could you sometimes even accuse her of naïve optimism? Then you might have found the woman of your dreams. Because look at it this way: Negative people are toxic and bad for our health in the long run.

This is because we tend to take on the negativity of people we spend the most time with. This was shown in a research paper by the psychologist Elaine Hatfield. And this internalized negativity can lead to increased heart rate, it impedes our digestion and lowers our concentration.

Life can’t always be a bed of roses and at some point in your relationship, you and your partner will disagree. It’s completely normal and even inevitable. But the relationship can only work if both partners are willing to compromise.

Psychologists of the UCLA have accompanied 172 married couples for 11 years and came to a simple conclusion: “It’s easy to be committed to your relationship when it’s going well,” said senior study author Thomas Bradbury.”As a relationship changes, however, shouldn’t you say at some point something like, ‘I’m committed to this relationship, but it’s not going very well — I need to have some resolve, make some sacrifices and take the steps I need to take to keep this relationship moving forward.”

See also  25 signs he loves you, even if he doesn’t say it out loud

The scientists say that those willing to take the steps and make the sacrifices will have a long and happy marriage. 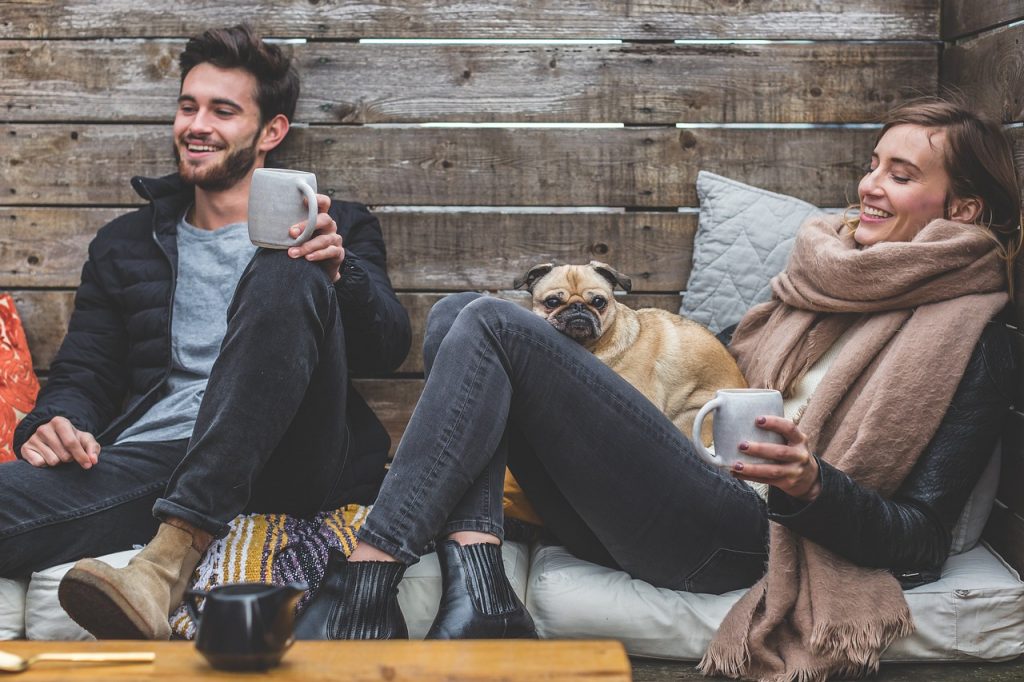 5. She laughs at your jokes

Of course, we always want someone by our side who actually laughs at our jokes. In 2006 a study by psychologists of Westfield State University suggested that having a partner who thinks they are funny is more important for men than for women. If you have already found a woman you can laugh with, make sure to take good care of her.

6. She has an open heart

Having a partner who shines in the public spotlight and can easily make herself heard in a group makes life a lot easier.

A study by the University of Westminster suggests that people who are open-hearted and share personal information are seen as especially attractive. The authors of the study even say that this quality is so important that people will judge the physical appearance of open-hearted people as more handsome or beautiful.

7. She supports your goals and pursues her own

For a long time, scientists tried to prove that men prefer to marry weak women. In her book “Why smart men marry smart women”, Christine C. Whelan thoroughly debunks this myth and proves with statistics that successful, well educated and high earning women do not marry less often than others.

And remember the advantages: A strong woman by your side will motivate you and won’t be dependent on you. You don’t need to worry about her and she won’t need your constant validation.

A weak person often tends to forget his or her own goals. These people don’t just prioritize the goals of their partners, they tend to co-opt them completely. This has been shown by a study of the University of British Columbia. You need a healthy combination of personal goals and goals you pursue together.

8. She has a good relationship with her parents

Researchers of the University of Alberta questioned 2970 people of all ages and saw a clear correlation between the relationship to the parents in their teen years and their love life later on.

But this doesn’t mean that her relationship with her parents always needs to be perfect. “Understanding your contribution to the relationship with your parents would be important to recognizing any tendency to replicate behavior — positive or negative — in an intimate relationship,” author Matt Johnson writes. The only way to learn how to do better in other relationships is to be aware of that behavior. 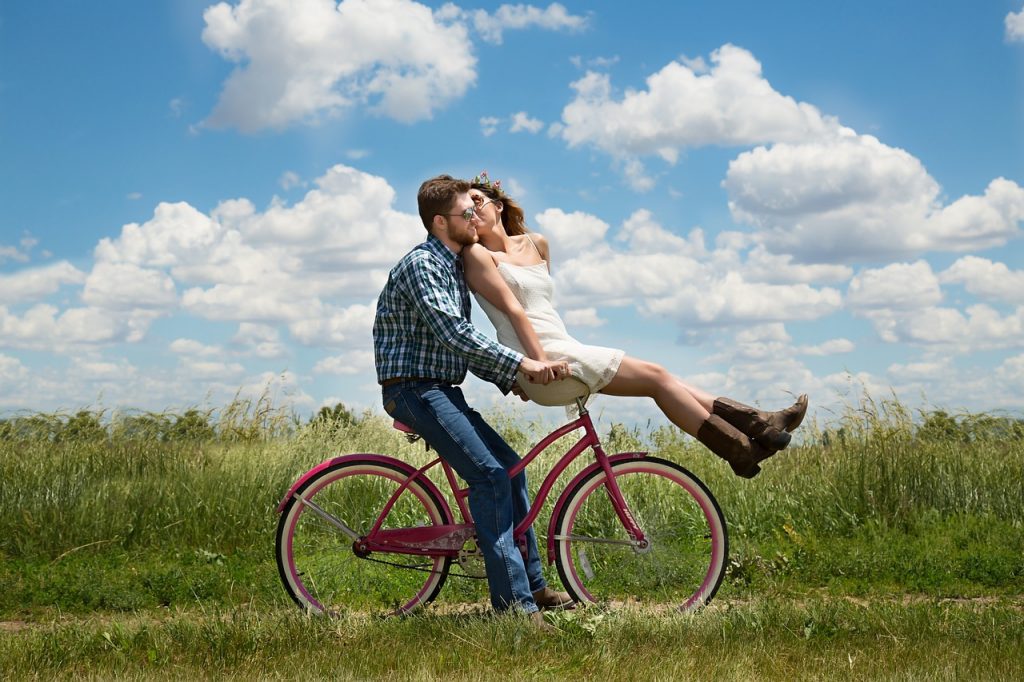 Science says that the keys to a long and happy relationship are kindness and generosity. Psychologist John Gottmann of the University of Washington started his research on married couples over four decades ago.

He identified two kinds of couples: Masters and Disasters. The disasters, you guessed it, break it off in the first six years of the relationship. But the masters stay together for a long time and always have this one thing in common: “They are scanning social environment for things they can appreciate and say thank you for. They are building this culture of respect and appreciation very purposefully,” he said in an interview with the “Atlantic”.

10. She remains calm in fights and calms you down too

Fights are an inevitability of all relationships. Never disagreeing is not a sign of a stable relationship. But the important thing is how you deal with disagreements and how you make up again after.

Researchers of the University of California Berkeley and Northwest University have accompanied 80 couples for 13 years and they found out that a relationship will last the longest if the woman can calm herself during a fight and transfer those emotions to the man. The effect is not the same if the man is the one to calm down first.

11. She does foolish things with you

Have you found a woman who does not hold it against you if you stayed out too long partying? In most cases because she was at the party with you? Then never let her go again.

A long term study of the University of Michigan with 4864 married individuals showed that the happiest couples where those who drank alcohol together. Of course, this doesn’t mean that alcoholics are happier partners. “It could be that couples that do more leisure time activities together have better marital quality,” says Kira Birditt, author of the study.

Having your own space and privacy is even more important for your relationship than a good sex life. This has been shown by a long-term study of the University of Michigan. “When individuals have their own friends, their own set of interests when they are able to define themselves not by their spouse or relationship, that makes them happier and less bored,” Terry Orbuch, author of the study, said in an interview with the “Wall Street Journal”.

13. She accepts your flaws

Too many relationships only seem to consist of one partner criticizing the other. Their ugly pants, their bad jokes, their annoying habit of chewing too loudly, you get the picture.

If you have found a woman who can just accept you, you should consider yourself lucky. “An optimistic approach will rub off on you and attract you to others who are seeing the world as half full,” psychologist Terry Orbuch said in her column for the “Huffington Post”.

14. She does not bear grudges

If you found a woman who can forgive others, you will have her by your side for a long time. A study by researchers of the Luther College, the Duke University, and the Harvard Divinity School showed that people who can unconditionally forgive others live longer lives.

But perhaps more importantly: Forgiveness is the foundation of a healthy relationship. People are not perfect and neither are you. There will be times when you inadvertently do something that hurts your partner. And then you will need her to be able to forgive you.

If you have found a woman who has some or all of these qualities, treat her well and never let her go. Your life will be better for having her.