With so many products on the market, it’s really hard to decide which ones work for you. Sometimes it takes trying several new products out before you find your go-to brand, and other times, you learn the hard way which brands aren’t right for you.

Deodorant is one of those items that most people use and every household has a variety of different brands in their medicine cabinets that are fitting for both men and women.

Rodney Colley is one of those consumers who learned the hard way about a particular product that wasn’t right for him. The 23-year-old college student noticed a horrible rash on his armpit after he applied Old Spice deodorant. The rash was not only unsightly but it was horribly painful. It all started when he noticed what appeared to be a diaper rash forming in his underarm area. 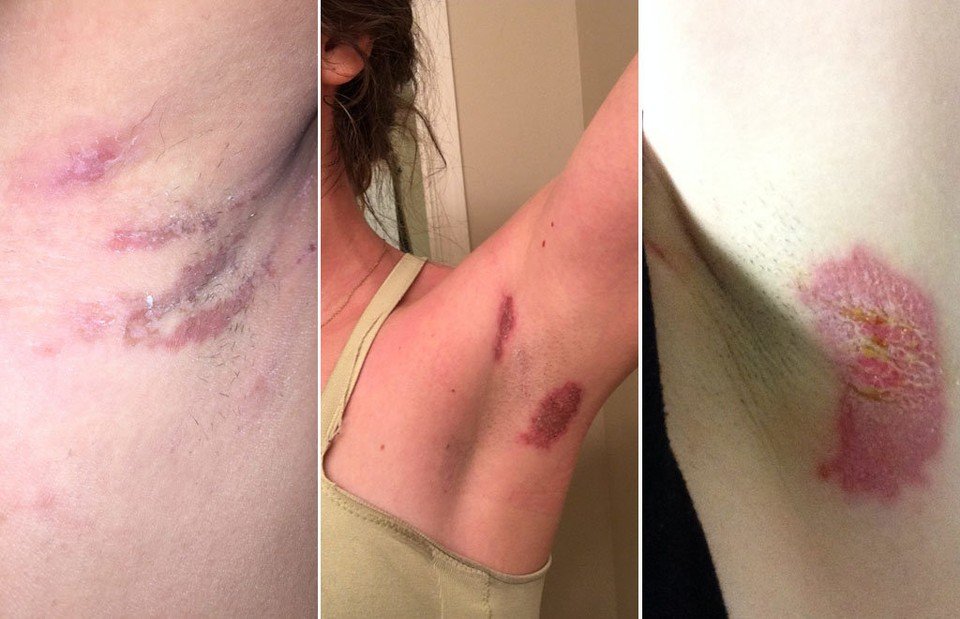 “I got out of the shower on Monday morning and it felt like my armpit was on fire. So I looked in the mirror and, sure enough, the skin around it started scabbing,” said Colley, who later traced the source of his pain to the Old Spice Pure Sport High Endurance Deodorant.

Colley admitted that he used Old Spice products in the past and never received adverse effects, however; this particular product left him with chemical burns.

Evidently, Colley isn’t the only one who has suffered from Old Spice armpit burns. Several others shared their stories after Colley’s images were uploaded on social media.

One commenter shared her husband’s experience with the product…

“His underarms were so raw and burned that the skin cracked and was bleeding & oozing. It took a couple of weeks to clear up.”

According to consumer affairs, Old Spice has 75 product ratings and 155 product complaints. Of those ratings 70, gave the deodorant 1 out of five stars. The majority of the photos that are accompanied by the complaints look a lot like the images that Colley shared.

“Did it to my son too, we treat him with aloe vera plant.”

“This happened to me several years ago…It was Old Spice…I get chemical dermatitis easy…just thought it was another issue with ingredients…have to wash all new clothes before I wear…Can’t use scented detergents….Lavender Scented Palmolive Dishwashing Liquid messed my hands up one time…I never try anything new to the market…stick with the stuff that I know is safe.”

“Same thing happened to my boyfriend, but it was witch Axe Anarchy deodorant. He used it all the time, then they changed an ingredient in it and it started to cause the chemical burns. He doesn’t use it anymore and it cleared after about a week if not longer after he last used it. Crazy, I’m really curious what the hell they put in some deodorants to cause that.”

Some commenters gave advice on other safe products to use…

“Ban is the softest of all to use. The unscented. Do NOT use scented or antiperspirants unless they are mild and unscented.”

By Kate Anslinger Via