In the bible, it is narrated what was the creation of the world, the beginning of humanity, all the origin of what we know today according to the book of Genesis. In this sacred text we are told how a man was created in the image and likeness of God and that after realizing that he was alone, God decides to create a company, drawing from his rib to create a woman named Eve. But this story has a part that has not been told in the bible, or rather has been censored for some reason hidden until now, and that is that the first woman of Adam was not Eve, but Lilith or Lilit, who was the first woman that existed in the world and therefore the first wife of Adam.

Who was Lilith? The first woman of Adam

Lilith was the first woman to exist in the world, created by God in the genesis of the world at the same time as Adam, but this was rejected and banished by God himself at the request of Adam because she was more intelligent, stronger and because she did not obey his commands. In the bible this important character was removed to understand the origin of the humanity, because what Lilith represented was against the traditional idea of the church in which the woman must be submissive to the man and to obey him, thus putting her in a lower position.

Irrefutable proof that Lilith did exist

But in the traditional Bible, despite having undergone several religious filters that make it lose important pieces or sections, a part is left in which it is evident that at the beginning of all God decides to create not only man but also the woman at the same time and not later as it is later assured in a contradictory way, let us see the original text:

27 And God created man in his own image, in the image of God he created him; male and female he created them.
As we see in that verse of the traditional Bible, there it is related that at the moment when God created man, he created the male and also the female and also the phrase “created them “, reaffirms that, clearly indicating that the woman also was created at the same instant with the man. This would be the clearest proof of the existence of Lilith embodied in the Bible itself.
So Lilith was a being created on equal terms with Adam, of course, had her female reproductive organs that today women have but in general terms, they were two equal human beings, with the same faculties, strength, and character, created from the same dust but none above the other. 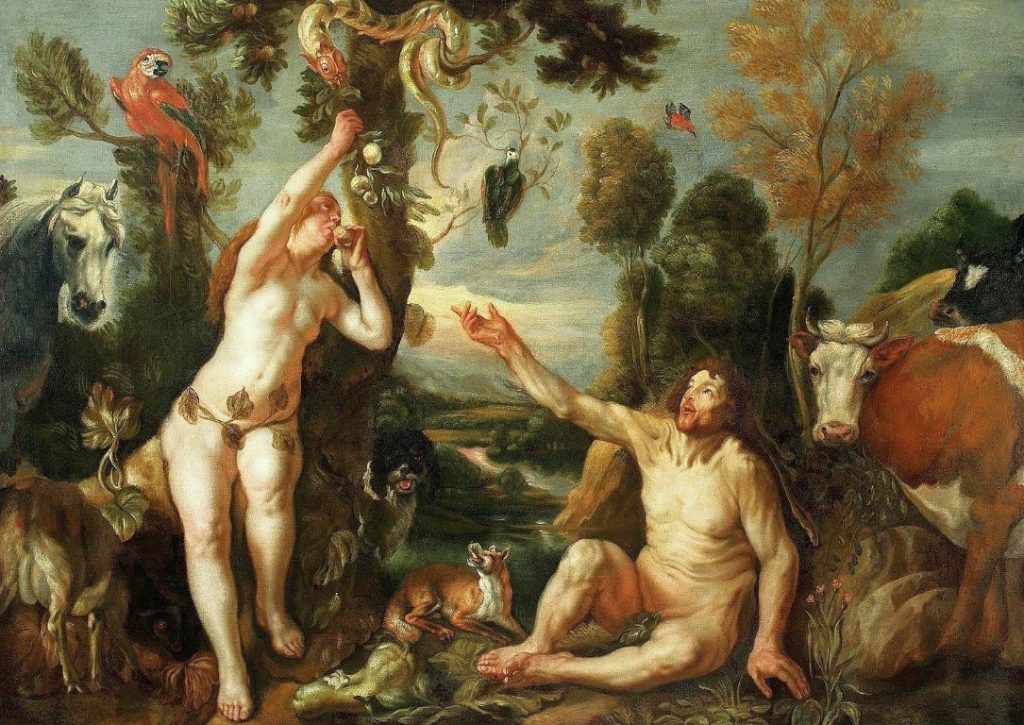 The conflict between Lilith and Adam

According to the apocryphal texts that have been censored by the Catholic Church, Lilith was a woman with a very firm character and an intelligence that sometimes seemed to be superior to Adam, on the other hand, Adam was very dominant in character and a lot of carnal appetites. In moments of intimacy, Lilith demanded that not only Adam be on her but she could also be on him in the act before which Adam flatly refused. This generated a conflict between the two that ended with the separation of Lilith from Adam and then be banished by God at the request of Adan. Here is how the apocryphal book of Genesis narrates it:

Why should I lie beneath you? He asked: I was also made with dust, and therefore I am your equal … As Adan tried to force her to obey, Lilith, angry, pronounced the name of God and left.
But obviously, the question that arises is: Where did Lilith go? if they were supposed to be the only two human beings created by God up to that time. The answer is told in these ancient books, she ran nothing more and nothing less than the arms of a devil, let us follow the story.

Lilith and Samael the damn generation

In the garden of Eden lived all the creatures of God and among them were also those who today we know as demons, beings who by that time fulfilled specific functions and were not allowed to contact with other creatures. Lilith when she leaves Adam goes to Samael who was one of these demons and gives birth to his offspring. Then God, seeing that Lilith had revealed himself and pronounced his name which was forbidden, decides to curse her with all the generation that had procreated with Samael. The apocryphal texts say the following:

See also  Here’s Which US City You Should Live in, Based on Your Myers-Briggs Personality Type

She liked the man’s reproductive liquid very much, and she always walks to the point of seeing where she has fallen. All the liquid of man that does not end in the matrix of the wife is hers: all the seminal liquid that man finds wasted throughout his life, whether by adultery, by vice or in sleep.
Lilith was then turned into a demon who is in the grip of the forbidden carnal experiences to seize their results. So God cursed Lilith and thus cursed all her offspring.

After Lilith was cursed, it is when God realizes that Adam was alone and that was not good, then decides to create a companion, but this time to make sure that she was submissive and complacent with him, he decides to make her of Adam’s own rib. It is then that Eve is created the second wife of Adam and who appears in the biblical stories as the person responsible for committing the sin of the forbidden fruit. With Eve, Adam lived without problems and in all comfort until they are expelled from paradise and the whole ordeal that we already know of humanity in permanent sin begins.

Finally, we can say that what troubled the old hierarchs of the church about Lilith was their relationship with seduction, pleasure and full equality. And throughout the history of all established religions, there is no equality between male and female religious figures. So apparently at some point in the story, Lilith’s accounts were censored from the bible for considering that it gave her many ideas of empowerment to the woman, then the actual history of her being unknown, women could end up being subjected by man as it has been throughout history.

Therefore, Lilith is not a myth, Lilith was the first woman to exist and proved to be a better prepared, more intelligent, more rebellious and better character than the man, so she was censured and punished. Share this on your social networks.