A groundbreaking new study shows that magic mushrooms may actually be an effective treatment for people with depression. Researchers from Imperial College London found that patients taking psilocybin, the psychoactive compound that occurs naturally in magic mushrooms, showed reduced symptoms weeks after treatment following a “reset” of their brains.

In the clinical trials, patients with treatment-resistant depression received two doses of psilocybin — 10 mg followed by 25 mg, one-week apart — while researchers focused on changes in brain function before and after treatment with the drug. The findings showed that the treatment produced “rapid and sustained antidepressant effects.” 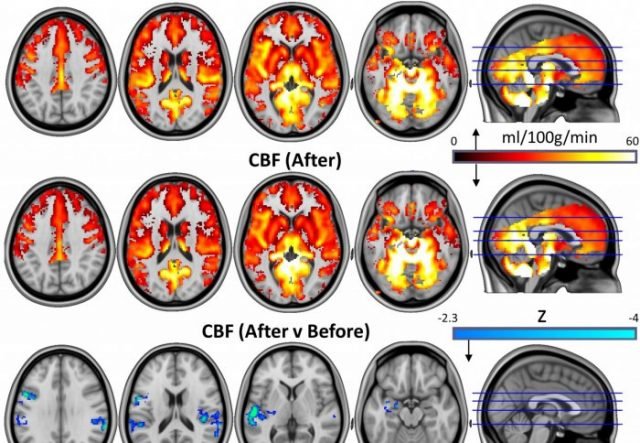 Comparisons of images of patients’ brains before and after treatment with psilocybin showed reduced blood flow in areas of the brain responsible for processing emotional responses like stress and fear. Researchers found increased stability in another brain network that has been previously linked to psilocybin’s immediate effects, as well as to depression itself.

The small study of 19 people was led by Head of Psychedelic Research at Imperial College London Dr. Robin Carhart-Harris, who said:

“We have shown for the first time clear changes in brain activity in depressed people treated with psilocybin after failing to respond to conventional treatments.

“Several of our patients described feeling ‘reset’ after the treatment and often used computer analogies. For example, one said he felt like his brain had been ‘defragged’ like a computer hard drive, and another said he felt ‘rebooted.’

“Psilocybin may be giving these individuals the temporary ‘kick start’ they need to break out of their depressive states and these imaging results do tentatively support a ‘reset’ analogy. Similar brain effects to these have been seen with electroconvulsive therapy.” 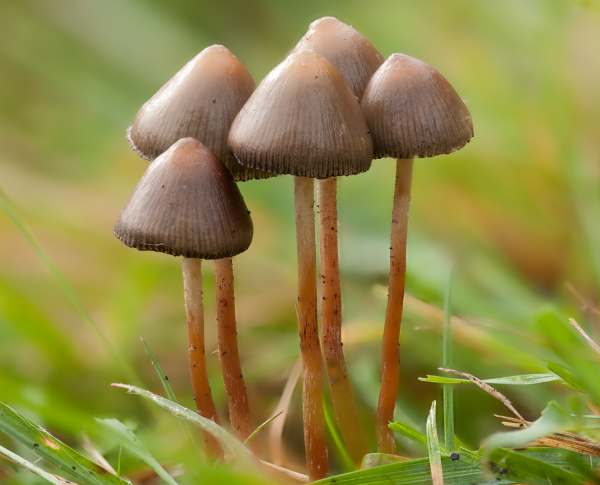 In addition, the trials revealed that patients scoring highest on “peak” or “mystical” experience showed a more significant change. This is consistent with findings from previous studies that have shown that such experiences can lead to long-term changes in the behaviors, attitudes, and values of patients treated with psilocybin.

See also  Neuroscientists Strongly Recommend That You Visit The Beach Regularly. Here Is Why

First-Born Children Are Smarter Than Their Siblings, Says Study
TEST: Pick a cat that represents you the most