A recent study from the State University of New York at Fredonia titled Synthetic Polymer Contamination in Bottled Water was part of a project involving original research and reporting by the US-based journalism organization Orb Media. The study looked at 11 globally-sourced brands of bottled water including Aquafina, Dasani, Evian, Nestle Pure Life, and San Pellegrino along with other leading international brands.

Fragments were found to be the most common type of microplastic particle (66%), followed by fibers (13%) and films (12%). The table below, taken from Fredonia’s data analysis, shows the polymeric content of the particles discovered. 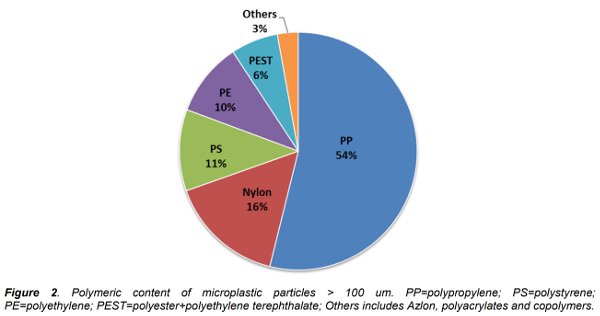 The recent bottled water study used newer methods for faster and more accurate detection of microplastic contamination. Bulk sampling, density separation, filtration/sieving and visual identification have been the most commonly employed methods for research into the occurrence of plastic pollution.

However, such methods are both time-consuming and hold the potential for misidentification. Several recent studies have shown the use of Nile Red (NR) as an accurate stain for the rapid detection and measurement of microplastics.

Part of the impetus for Fredonia’s bottled water study was as a follow-up to the first global tap water survey of plastic pollution to have been completed a year prior in 2017. For the tap water study, a total of 159 tap water samples were collected from eight distinct regions of the world during the first three months of 2017.

See also  That Is Just Amazing! The Whole Anunnaki Story In Very Well Made Cartoons!

The study found when comparing plastic contamination in tap water by region, the United States and Lebanon had the highest percent of plastic detected. What is perhaps more shocking is that in comparing both the 2017 tap water study and Fredonia’s recent bottled water study, the State University of New York authors commented, “We found roughly twice as many plastic particles (>100 um) within bottled water as compared to tap water on average (10.4 vs. 5.45 particles/L)” 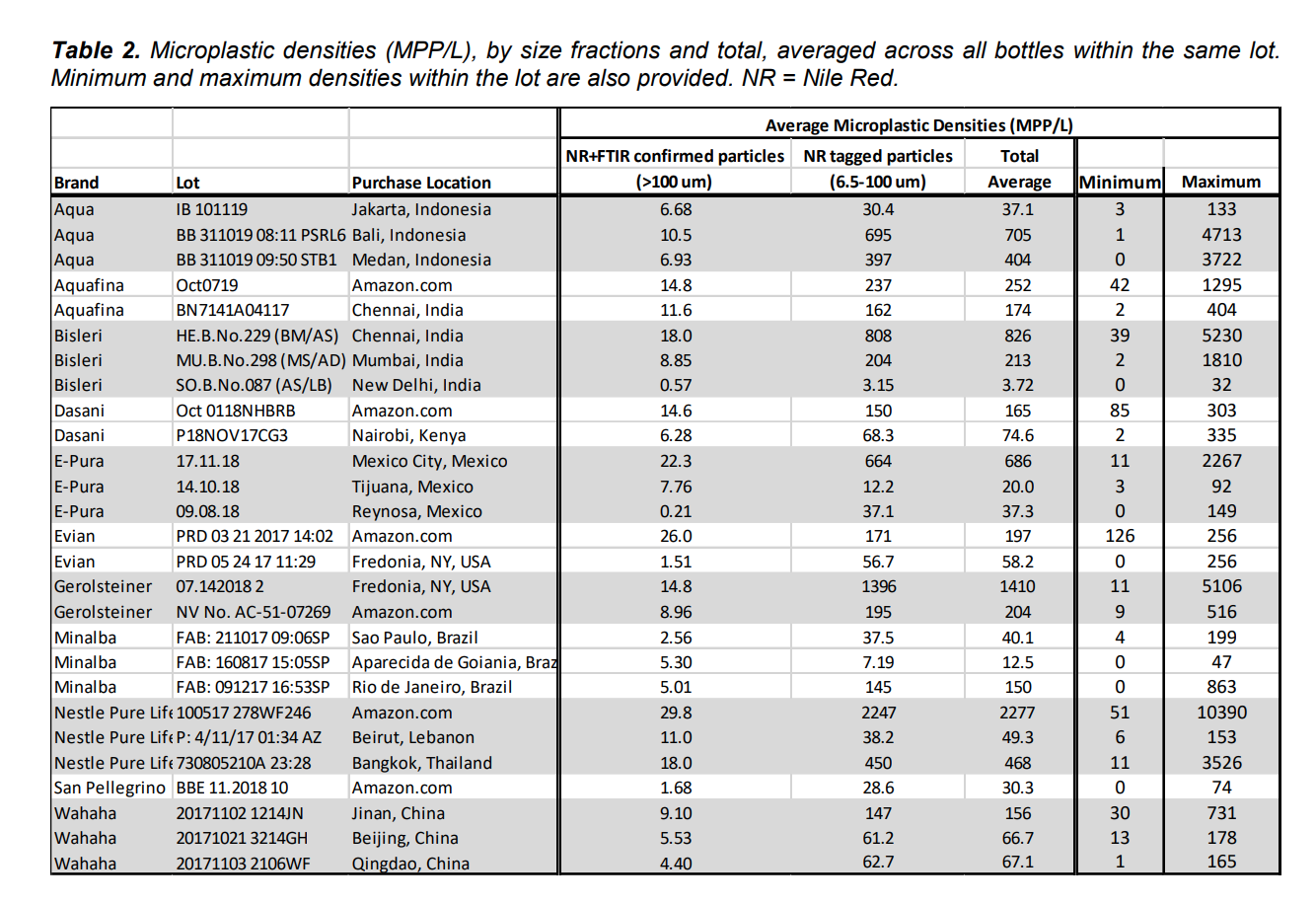 Interestingly in February 2018, one month before the results of the recent bottled water study was made public, the National Toxicology Program (NTP) released its draft report on the toxicity findings of the common chemical in plastic called bisphenol A or BPA. According to data from the 2003-2004 National Health and Nutrition Examination Survey (NHANES), 93% of Americans six years and older had detectable levels of BPA in their urine.

Despite countless global studies over the years pointing to BPA’s negative impact on human health, the NTP’s new 2018 report found BPA was unlikely to be harmful to people in the doses usually seen. It should be noted that the NTP report relied solely on rat studies to come to their conclusions. The US Food and Drug Administration (FDA) deputy commissioner said in a statement “Our initial review supports our determination that currently authorized uses of BPA continue to be safe for consumers,”.

Was the NTP’s report an attempt to quell the rising tide of academic and public findings as well as the growing consciousness around widespread plastic contamination of our food and water? The NTP’s findings are still in draft format with the data published online. The NTP is currently accepting public comment.

Fredonia’s bottled water study has also spurred the World Health Organization (WHO) into action. A day after the microplastic contamination results went public, the WHO announced that it would launch a review into the risks of plastics in drinking water. Bruce Gordon, coordinator of the WHO’s global work on water and sanitation, told BBC News, ”The public are obviously going to be concerned about whether this is going to make them sick in the short term and the long term.”

Whether or not WHO’s involvement into the microplastic contamination issue will move the needle towards the positive is debatable given their past history of questionable public health campaigns such as their multi-year anti-fertility vaccination program in Kenya.

What can be concluded from the recent bottled water study? Perhaps first and foremost, despite tight marketing campaigns and clever advertising slogans, there may be no perfectly pure, uncontaminated bottled water on the market. Encompassing the 2017 global tap water study, it also appears that the idea of safe, clean tap water is a long-foregone myth with microplastic contamination as just another one of several impurities continually being discovered.

Despite the best assurances by our public health officials, many are understanding we have a real problem with access to clean water both in the US and globally. With each subsequent study spotlighting water contamination, the importance and availability of clean water is racing to the forefront of global attention and concern.

Jefferey Jaxen is a researcher, independent investigative journalist, writer and voice for health freedom on the front lines of society’s shift towards higher consciousness. Visit his website here to learn more.

CONFIRMED: DNA From Genetically Modified Crops Can Be Transferred Into Humans Who Eat Them
Scientists Discover ‘New Organ’ Hiding In Plain Sight