Have you ever seen your child’s high energy and thought something was wrong? Maybe you brought them to a doctor. The doctor put them on medications. All of this treatment to help “cure” your child? Right?

Well you may be shocked to learn that Harvard trained psychologist, Jerome Kagan believes the modern diagnosis ADHD is a mere invention, rather than a serious condition.

You might be asking yourself, “Who the heck is Jerome Kagan? What gives him the right to speak about my child that way?!” 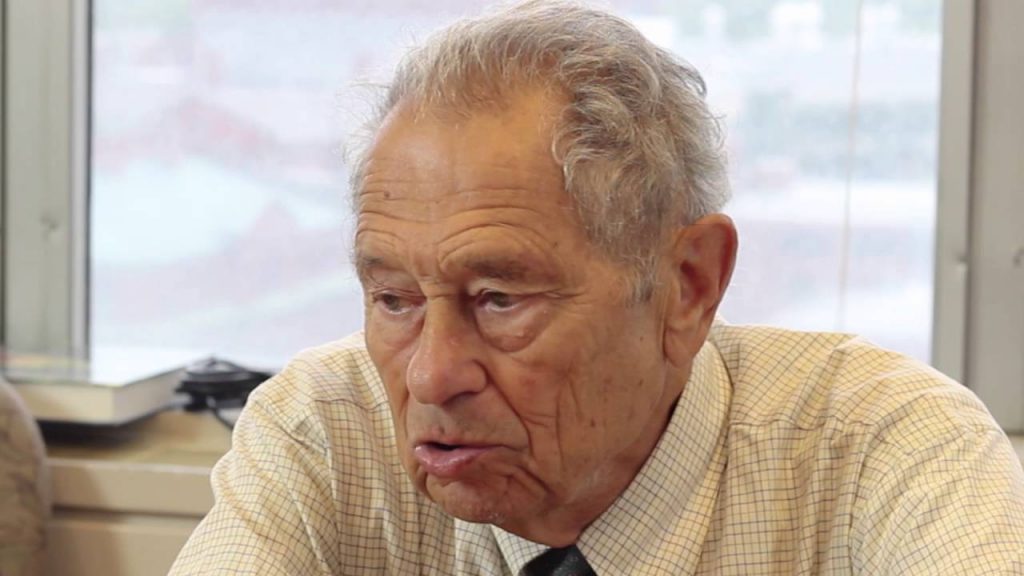 Since 1963, Jerome Kagan has become one of the most famous psychologists. According to Wikipedia, Jerome is ranked 22nd most eminent psychologist of the 20th century.

This is all thanks to his work in child psychology. He is a Yale and Harvard graduate, and he’s worked all around the world. He has a reputation in psychology and some awards.

Two of those awards are huge: the Hofheimer Prize and G. Stanley Hall Award. Both are from the American Psychiatric Association. He’s definitely earned the right to have a say.

Some of you may have never had this worry. Let’s start with the symptoms of ADHD. How do doctors decide that your child might have it? The symptoms are easy to miss. Maybe they just aren’t listening. Maybe they have an emotional issue going on. Your last thought is ADHD. The symptoms can be things that kids normally do. Officially?

According to the National Institute of Mental Health, Attention-deficit/hyperactivity disorder (ADHD) is a brain disorder marked by an ongoing pattern of inattention and/or hyperactivity-impulsivity that interferes with functioning or development.

See also  Scotland Named The Most Beautiful Country In The World

So How Do You Treat Children with ADHD?

There are ADHD medications that help kids keep their focus. They’ll be able to sit still. They will look over their work. There’s also behavior therapy. Behavior therapy is where a trained Doctor will work with the child to help change not wanted actions.

So how did Kagan explain an increase in ADHD? He was interviewed with a German news source called Spiegel (Spiegel: Child Psychologist Jerome Kagan Interview). Kagan explains the difference between now and the past.

“Let’s go back 50 years. We have a 7-year-old child who is bored in school and disrupts classes. Back then, he was called lazy. Today, he is said to suffer from ADHD (Attention Deficit Hyperactivity Disorder). That’s why the numbers have soared.”

We label bored kids with a mental disorder. He calls ADHD “an invention” for pharmaceutical companies. They make money every time a doctor says a child has it. Many kids diagnosed with a mental illness think they’re different. What child wouldn’t? They’re told they are different from everyone else.

“For them, it is a sign that something is wrong with them — and that can be debilitating. I’m not the only psychologist to say this. But we’re up against an enormously powerful alliance: pharmaceutical companies that are making billions, and a profession that is self-interested.”

In reality, these kids are just worried and anxious, like most kids. Friends and grades cause anxiety and worry. It is Kagan’s mission to make this known. It may be that nothing is wrong with your child. Kagan’s biggest worry? He’s up against the pharmaceutical companies. Big Pharma make lots of money thanks to this trend.

Is Depression A Problem Too?

Kagan believes that ADHD isn’t the only problem. What about depression? It’s another illness that has increased. In 1987, 1 in 400 American adolescents were treated with anti-depressant medication. By 2002, it has grown to 1 in 40 and has contributed to the prescription drug abuse epidemic.

He believes it’s overused by doctors because the pills are easily available. Kids are given medicine to treat sadness. These kids would benefit from a loving conversation. Find out what’s wrong by connecting with your child one-on-one.

See also  How To Be A Trained Foster Carer – Effective Tips

He notes an important difference to watch for. It’s not uncommon to be sad. It’s as normal as feeling happy, worried, or mad. It’s okay to be sad for awhile too. That doesn’t mean that the child is depressed. But, there are kids and adults that are prone to a deep sadness. Genes play a part in this. Those people can experience a chronic depression.

Bipolar disorder is another mental illness that has increased. It’s symptoms include sudden mood changes. They’re described as “ups” and “downs.” An up is when your child is happy and energetic. Sounds great, right? It’s called a manic episode. Then, the story quickly changes.

A down is a sudden change to sadness or anger. It might seem like they can’t control their emotions. This is also coupled by being much less active. The down is also called a depressive episode.

What makes these mood swings so different? They’re extreme. A tantrum can feel almost impossible to calm down. The feelings can be so strong, it might affect the child’s schoolwork.

“A group of doctors at Massachusetts General Hospital just started calling kids who had temper tantrums bipolar. They shouldn’t have done that. But the drug companies loved it because drugs against bipolar disorders are expensive. That’s how the trend was started. It’s a little like in the 15th century, when people started thinking someone could be possessed by the devil or hexed by a witch,” said Kagan.

Doctors have even decided temper tantrums aren’t normal. Instead, kids really have bipolar disorder. All of those kids will be on expensive medications. This is the cycle Kagan talks about. Psychiatry is the only science based on symptoms. It’s hard to decide who has a mental issue. They might be having a normal reaction. There are no blood tests for these problems.

What Can Parents Do?

Kagan says that getting on the kids level helps. Find out what they feel and why they feel that way. Finding a way to fix that is a good first step. Also, tutoring is a good way to start. Watch as your child does their homework. See how they’re doing. You can see how well they can focus. You can find new ways to make homework interesting. Doing something that easy could save you hundreds of dollars. At least, it could according to Jerome Kagan.