The Anunnaki (also transcribed as Anunaki, Anunna, Ananaki) are a group of gods that appear in the mythological legends of the ancient Sumerians, Akkadians, Assyrians, and Babylonians.

The Anunnaki are the most influential deities in the pantheon, they were the descendants of An, the god of the heavens, and their primary function is to judge the fates of humanity.

According to Mesopotamian mythology, the Anunna were, initially, the most powerful gods and lived with Anu in the sky.

In the poem Enûma Elish, it was Marduk who created mankind and then divided the Anunna between heaven and earth and assigned them tasks. Then the Anunna, grateful to Marduk, founded Babylon and built a temple in their honor called Esagila.

The reinvention of the Anunnaki term through its Acadian form, Anunnaki, emerged in 1964 after the publication of ‘ancient Mesopotamia: Portrait of a Dead Civilization,’ by the Assyriologist Adolph Leo Oppenheim, who popularized this concept.

It was Zecharia Sitchin who further popularized the term of the Anunnaki.

The earliest known usages of the term Anunnaki come from inscriptions written during the reign of Gudea and the Third Dynasty of Ur.

In the earliest texts, the name is applied to the most important and powerful deities in the ancient Sumerian pantheon: the descendants of the sky-god An.

Zecharia Sitchin published a dozen books known as Chronicles of the Earth from the 1970s which further dwelled in the study of the ancient Anunnaki.

In the books published by Sitchin, Sumerian tablets of cuneiform writing and biblical texts were supposedly translated in their original writing revealing fascinating details that rapidly gained popularity among readers.

In the book The 12th planet, the author describes the arrival of the Anunnaki to Earth from a supposed planet called Nibiru some 450,000 years ago. The Anunnaki were tall beings, around 3 meters in height, pale skin, long hair, and beards, who would have settled on Mesopotamia and, by genetic engineering, accelerated the evolution of Neanderthal to Homo Sapiens contributing their genetics, hence creating mankind.

The story of how the Anunnaki created mankind is quite similar to the creation of man by God as written down in the Bible. The story goes that Enki took clay and gave it shape despite the fact that his first trial was unsuccessful. 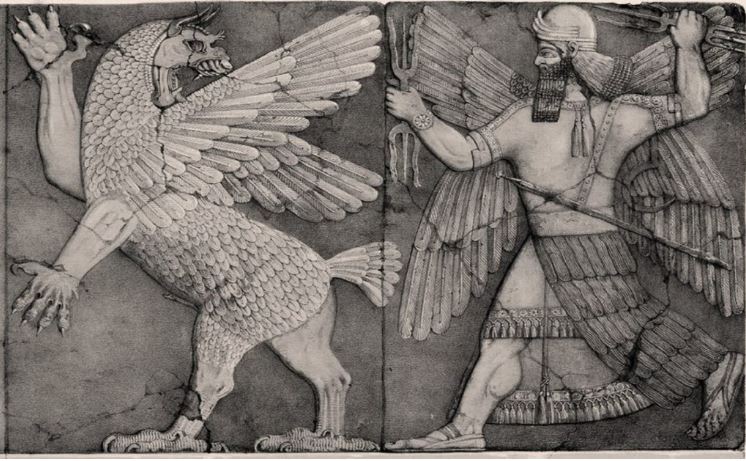 Early humans considered the ancient Anunnaki as gods, for they were extremely intelligent to them, and possessed technologies humanity had never seen before.

Some authors argue that evidence of the Anunnaki can be found in the Bible, where they are referred to as the “Nephilim”, although some other translations call them “giants”.

According to Sitchin’s writings, the technology and power of the Anunnaki are still far from our reach, as the Anunnaki had the ability to space travel and genetic engineering 450,000 years ago.

It is believed that the ancient Anunnaki greatly contributed to Earth with technology still unknown to us and that they were involved in the construction of pyramids around the world and numerous other ancient megalithic sites.

Sitchin’s assumptions have been dismissed by scientists, historians, and archaeologists, who disagree with his “translation” of ancient texts and his misunderstanding of physics.

So who were the Anunnaki? Were they just part of a great ancient legend? Or, is it possible, like many authors state, that the ancient Mesopotamian deities were in fact those responsible for the creation of our civilization?

According To Science, If A Woman Does These 14 Things You Should Never Let Her Go
A 75-year Harvard study has revealed the most important factor in human happiness