If you have been reading up on the Anunnaki, you probably have noticed we spend most of our time trying to understand who and what the Anunnaki are. That is understandable. Who and what are big questions with many facets and plenty of mysteries to plumb, and it takes quite a lot of time and effort to piece together the answers.

But as any journalist knows (or anyone who even learned about journalism in school), the five big questions with any story are always:

We spend so much time trying to figure out who the Anunnaki are and what they are that we don’t spend a whole lot of time talking about why they were (or are) here and why they may decide to return. If you think about it, this is quite curious, because it isn’t exactly as if Earth is brimming with cosmic significance, at least not insofar as we know. True, it could be, but it doesn’t take a lot of imagination to reckon this is just one tiny planet in a universe teeming with life.

So let’s focus on that big question: Why?

Why did the Anunnaki come here in ancient times? What do they want from us? What is likely to happen when they do eventually return en masse?

It is hard to answer this question as well because the resources we have are so limited at this point. There are a lot of individuals who claim to know something about the Anunnaki, sometimes from personal experience—you will even meet people who claim to be Anunnaki. Maybe some of them are, but for the sake of this article, we are going to stick with more traditional and/or published sources.

What Does Mythology Say About the Motives of the Anunnaki? 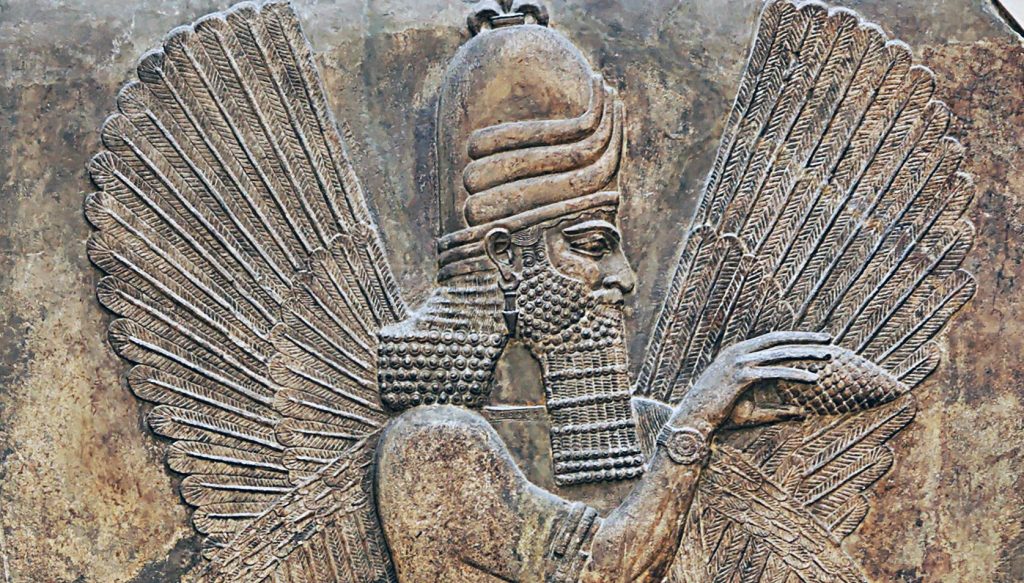 I am writing this article with the assumption that you already have a pretty solid understanding of who and what the Anunnaki are. If you don’t, just peruse the articles on our site for a while and you will figure out the basics.

The summary version is this: The theory goes that the ancient deities of Babylonian and Sumerian mythology—the Anunnaki—actually did exist. But they were not gods—they were ancient aliens visiting from a planet called Nibiru. As the ancients lacked the language to talk about other planets and species, they referred to these beings as deities.

Now, the Anunnaki in ancient lore played many roles in relation to humanity and the greater universe. But one of those roles was as our creators.

Essentially, maintaining creation was a lot of work. The gods grew fatigued with all the chores of existence, and some of them went on strike. Obviously this would have been a disaster, so a solution had to be found.

One of the Anunnaki, Enlil, said he could end the strike—but in turn, the gods must name him their supreme ruler. So he came up with the idea of creating a labor force of inferior beings. Apparently Enlil either could not do this on his own or did not want to, so he had a chat with Antu, the mother of his half-brother Enki. Enki was sleeping through this entire affair, and apparently was highly suggestible in this state.

His mother whispered the following suggestion in his head, given to her by Enlil:

Oh my son, arise from thy bed, from thy (slumber), work what is wise, Fashion servants for the Gods, may they produce their (bread?).

Waking up, Enki thought he’d had a brilliant idea, and suggested to the gods that they create a race of slaves. Everyone agreed, so he got busy with a mixut ore fclay and blood from a slaughtered god. Working this together, he managed to create the first human beings.

I think a cautionary note is due here however. It is way too easy to essentialize all Anunnaki as evil, cold, heartless, sadistic creatures. But Anunnaki are individuals, just like us. Some of them have different motives and personalities. Enki was actually reasonably friendly and benevolent toward humanity, even going so far as to save the human race from Enlil’s flood. So if the Anunnaki return, we can expect some complexity in their interactions with us.

What Do Modern Theorists Believe? 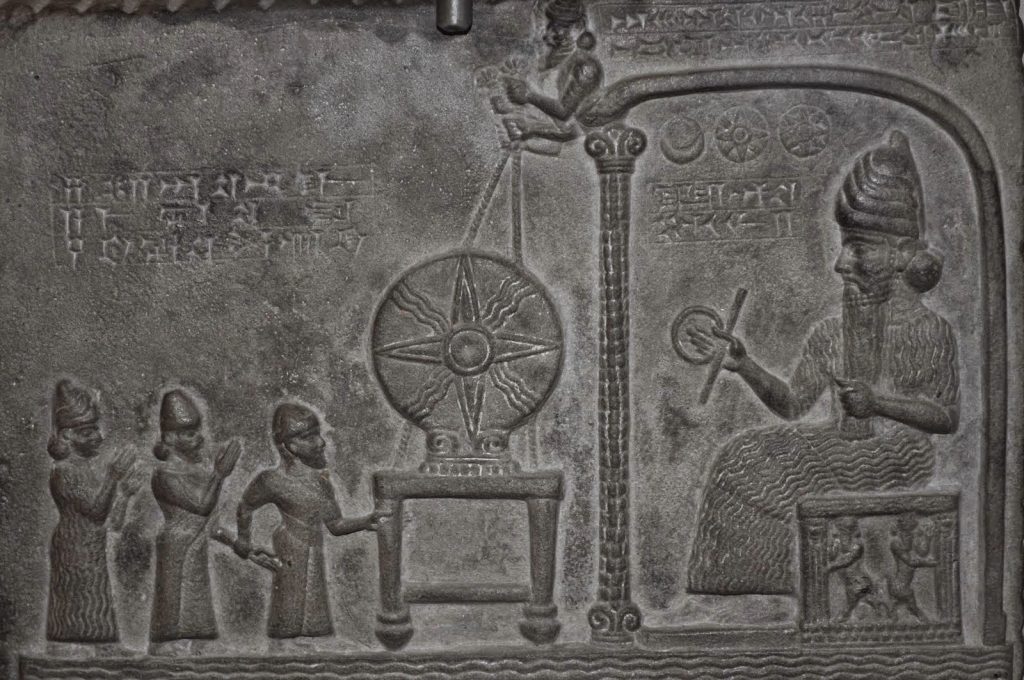 An examination of mythology gives us a pretty good idea of the attitude of the Anunnaki toward humanity, but none of it answers the basic question, “Why Earth? Why here?” We know they needed labor, but what for?

Those who believe the Anunnaki may have been alien visitors have various theories, but the most prominent one was proposed by writer Zecharia Sitchin, one of the most well-known ancient astronaut theorists. According to him, the Anunnaki came to earth to mine gold, but not for the reasons that we typically do.

They didn’t need it to craft fine jewelry—they needed it to save their planet, Nibiru.

In his 1976 book The Twelfth Planet, Sitchin wrote:

“On Nibiru — ‘Planet X’ of our Solar System – the problem was the opposite one: Loss of internally generated heat due to a dwindling atmosphere, brought about by natural causes and nuclear wars. Nibiru’s scientists, I wrote, concluded that the only way to save life on their planet was to create a shield of gold particles in their upper atmosphere.”

If you explore Sitchin’s works, you will find a complex timeline of events surrounding the mining process before the Anunnaki end up abandoning the planet. Over the course of hundreds of thousands of years, a complex drama plays out with many different characters—who we know today as Sumerian and Egyptian deities. In reality, most of these players were likely Anunnaki mining management.

See also  Orionid Meteor Shower 2017: When, Where & How to See It This Weekend

This having been said, the Anunnaki did seem to be curiously inefficient. You would think an advanced race could quickly determine the location of gold and extract it with ease from the earth. But apparently it took hundreds of thousands of years—and they obviously left a fair amount behind.

It should be mentioned as well that it seems some Anunnaki may have mated with human women during this time, producing hybrid offspring. You can read more about this on our feature on the Nephilim.

So now we have identified at least four resources that the Anunnaki value and which we possess:

Why Are the Anunnaki Coming Back? 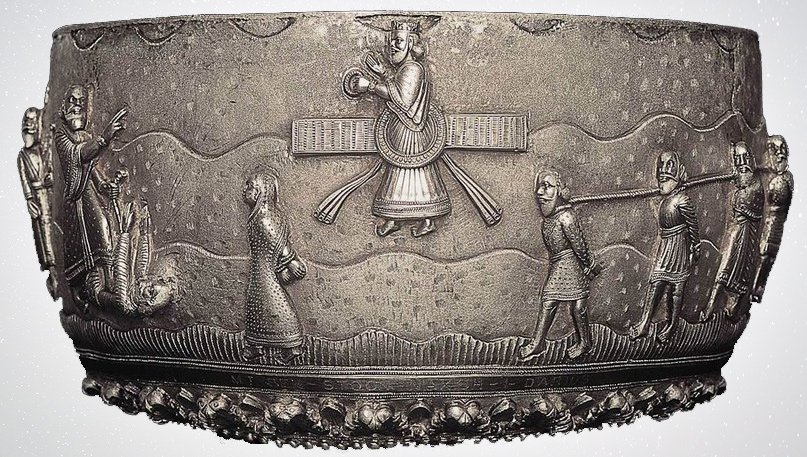 The last question is of course the hardest to answer. Numerous indications point toward the imminent return of the Anunnaki.

They could be coming back for more gold, for human slaves or companions, or simply to amuse themselves at our expense. It is also possible that they are returning for the ones they left behind; many believe that Anunnaki still walk among us today as reptilian alien shapeshifters.

Another possibility is that they cannot help but come back, because Nibiru’s natural orbit routinely brings them within reach of Earth.

What will happen when that day arrives? Will it mean a war for possession of the planet? Will Earth be destroyed by a new round of flooding brought on by the gravitational force of Nibiru? Will we be brought back to Nibiru as slaves? Or will we find a way to coexist with the Anunnaki? Only time will tell. Whatever the case may be, the more we can learn about the Anunnaki and their motives, the more prepared we will be for that fateful day when they do come back in our orbit.

36 Habits That End Relationships
Why Narcissists And Psychopaths Stay Friends With Their Exes, According To Science